The word ‘Chakra’ comes from a Sanskrit word, meaning ‘wheel’ or ‘wheel of light’. The Chakra System is thousands of years old, originally coming from the yogic tradition in India. The concept was first brought to the Western world in the 1920s and has become more and more popular in our modern world in recent years.

Chakras are bio-energetic areas that centre around 7 major points of our body. In western modern times, the chakra system can be seen as a window through which we can view and transform all aspects of ourselves, on all levels of consciousness. As well as having an effect on the body parts and organs nearby, each Chakra resonates with a particular colour, musical note and certain types of crystals, food etc.  Each Chakra is also associated with certain aspects of the human condition, affecting our positive and negative human traits and concerns. When the Chakras are balanced, they allow our life force to run freely, allowing for a strong connection to both our physical and our spiritual nature, our earthly and heavenly selves. This life force is often known as Ki (as in Reiki), Prana (when practising Yoga) and Chi (as in Tai Chi).

Although there are many other chakra points, the 7 main ones, and their basic attributes, are as follows (showing each chakra's  name, location, main issue, colour, musical note and element):

*These three are not technically elements but Anodea Judith’s additions from her book ‘Eastern Body, Western Mind’, that correspond neatly with the upper chakras, although they don’t feature in classic texts. 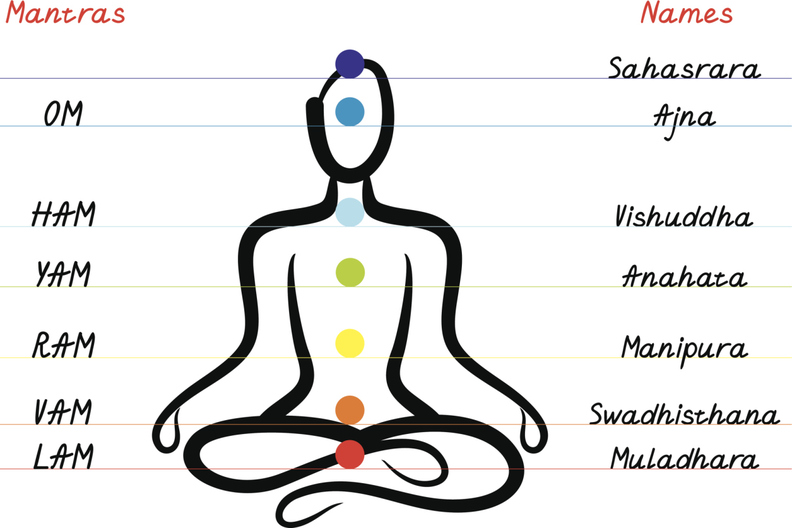